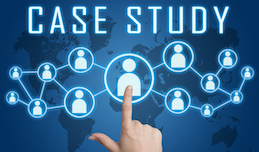 DisplayLink is a fast growing medium-sized semiconductor fabless company from Cambridge UK. We began working with them a few years ago. We caught up with Shane Zhang, Head of Product Engineering to find out why he works with us, the problems we solve and the features he likes most. 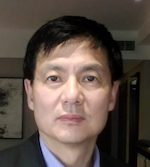 Tell us about DisplayLink

Why do you need a yield management system?

We need a yield management system to monitor chip manufacture status, including foundry wafer electrical parameters, wafer sort yielding/binning and final package chip results to make sure our products meet the quality and performance requirements. yieldHUB enables us to meet these requirements.

What did you use before yieldHUB?

Before yieldHUB we were using a few different systems. We decided to pick one system and consolidate it. It was a great decision as now the teams see the same data, charts and reports which makes communication and problem-solving faster. It’s easier for me to manage the teams and see what’s going on at each stage.

Why did you decide to go with yieldHUB?

yieldHUB is great value for money based on both the power of the tools it provides as well as the service from the support team at yieldHUB. It has all of the data analysis features needed for small to medium-sized fabless companies. yieldHUB is a very handy software tool for general production engineering or test engineering teams to do semiconductor data analysis.

Cost: For how much it costs yieldHUB gives a great return on investment.

Different types of reports: You can generate multiple charts and reports to help you solve problems quickly.

Cleanliness of the data: Although our test flows are not straightforward, yieldHUB cleanses the data automatically. Their algorithms take into account the steps on the test floor for retesting and rescreening rejects. It follows that we can trust reports and analyses in yieldHUB to help us make correct decisions on yield improvement. It also means that we can use the clean yieldHUB data to make sure invoices from our subcons are accurate in terms of yield, quantities and test times.

Layout: The layout of the data analysis features is great. It shows you what you’d intuitively want to see.

Shareability: It’s on a secure cloud platform which allows us to share data and reports instantly with our customers and suppliers worldwide. The fact that we’re all using the same system makes it easier for us all.

Scalability: In previous tools we could only analyse a few datalogs at a time. Important production capabilities such as ANOVA and parametric and bin trend analysis across hundreds of wafers were not available or even possible. In yieldHUB you can analyse simultaneously as many datalogs and wafers as you need.

Did it take you long to get used to it?

We had training in the system during onboarding. It was seamless and we were up and running very quickly. yieldHUB gives us excellent support and they reply very quickly on the rare occasion that there are any issues. We enjoy using the system and working with the team.

What’s the best thing about yieldHUB for product engineers?

Most features product engineers need are readily available. When we have an idea or need customisation, we inform yieldHUB. They work with us to develop the idea and help us solve the problem. Sometimes it’s straightforward. Other times they come up with innovative solutions that we wouldn’t have thought of. They often have new features and upgrades which makes the system even better and easier to use. We have found yieldHUB to be reasonable in negotiating any special requests we might have from time to time.

What new feature are you looking forward to?

We’re looking forward to Extra High Risk Die inking around the Bad Die area. This will save us a lot of time spent on wafer yield mapping for the assembly house compared to doing this manually.

What kinds of people should use yieldHUB?

Any product and test engineers in chip design houses, Si foundries or chip test houses, who need to analyse the data from wafer electrical test, chip probe, final test will benefit from yieldHUB. It’s useful for engineering managers to oversee their teams and what’s happening in the factories. It’s ideal for anyone who wants a cost-effective yield management system.