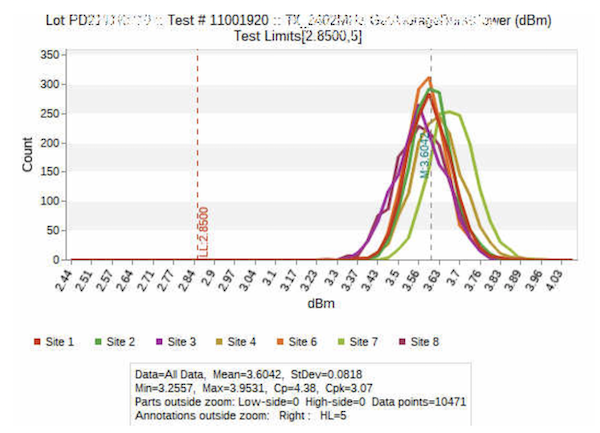 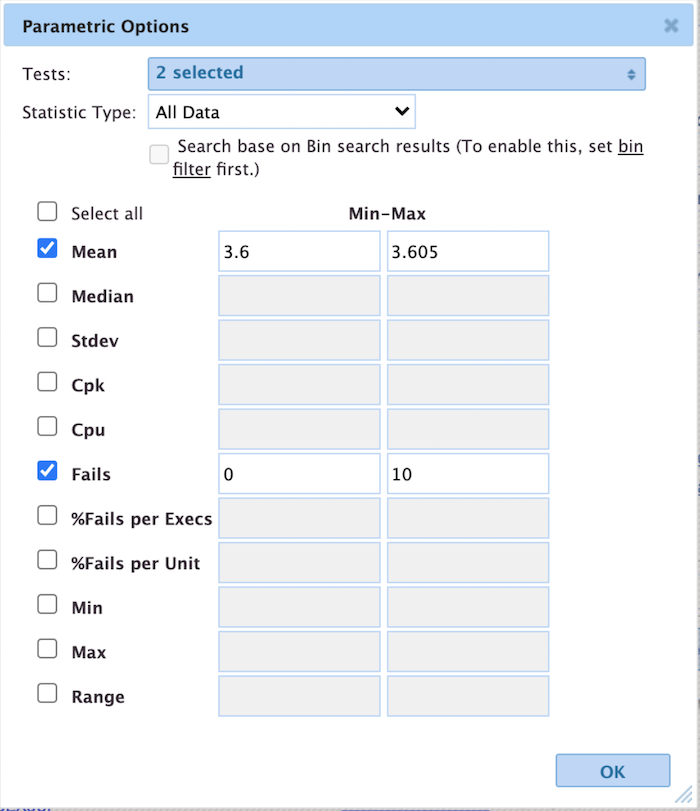 Again, this takes seconds and is faster now than ever with the new server technology yieldHUB invested in a few months ago. The image above shows how simple the interface is to search the entire database for wafers from a test program that has a specified parametric behavior. You can even do this parametric search for units that have specified bins.